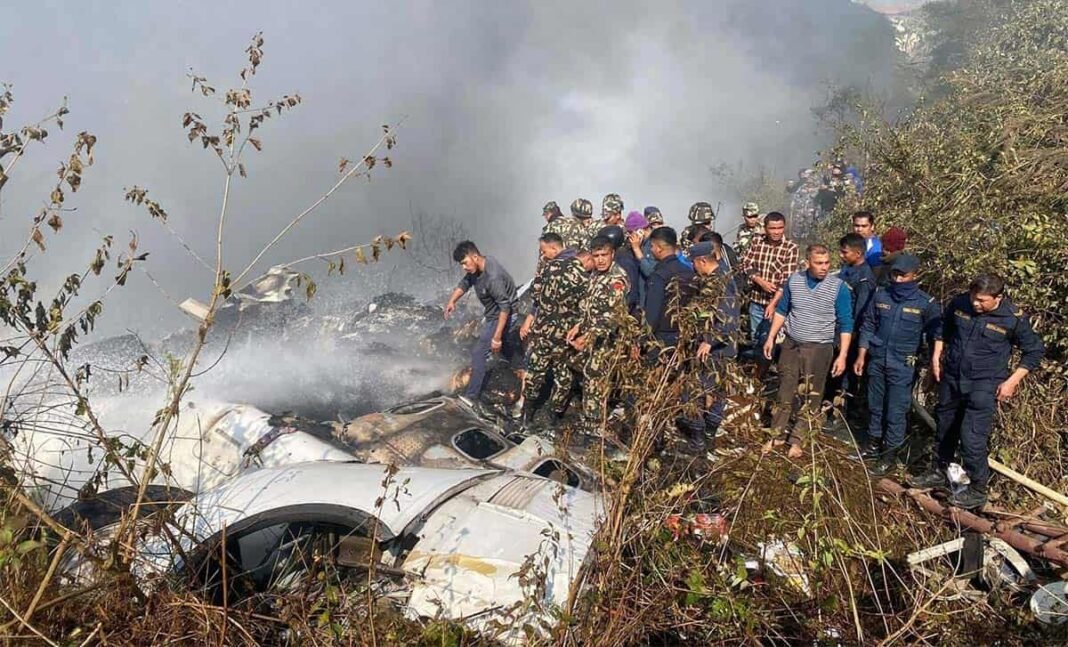 Yeti Airlines flight 691 crashed Sunday shortly before landing in Pokhara (Nepal’s tourist capital), which is the gateway to the Himalayas. It was a 27-minute journey from Kathmandu.

Minimum 69 of 72 aboard were confirmed dead.

Pilots claim Nepal can be difficult to fly in, but the conditions at the time of crash were favorable, with low winds, clear skies, and temperatures well above freezing. What could have caused the ATR 72 plane to crash?

DID THE PLANE STALL?

So far, no survivors among the 72 crew members have been located.

While Khatiwada has not yet been identified, her remains are believed to be dead. A spokesperson for Yeti Airline stated that Anju Kathiwada’s husband also died in the plane crash of a Twin Otter plane belonging to Yeti Airlines, Jumla, Nepal.

“Her husband, Dipak POkhrel died in 2006 in a Twin Otter plane crash in Jumla by Yeti Airlines,” Sudarshan Bartaula, an airline spokesperson, told Reuters. He was referring to Khatiwada. She received her pilot training from the insurance she had purchased after her husband’s passing.

Rescue operations which had rescued 68 bodies and injured passengers, who died on Sunday, were resumed on Monday to find the four missing people. So far, none of the 72 passengers onboard have been found survivors.

Anju Kathiwada was credited with more than 6,400 hours flying time. Retuers said that Khatiwada had previously flown the popular tourist route between Kathmandu and Pokhara, the country’s capital.

The body of Kamal KC (captain of the flight), has been found and identified.

“She was flying the plane on Sunday with an instructor pilot which is the standard procedure for the airline,” stated a Yeti Airlines official who had met Khatiwada personally.